Homoeopathy was founded by Dr. Samuel Hahnemann who was born in Saxony in 1755 AD. Homepathy has been using by many practitioners successfully since that time. Homeopathic remedies (also called homeopathics) are a system of medicine based on these principles:

Like cures like: Like cures like is based on a method of treating a disease with the materials derived from the toxic and injurious we use a small dose of the We use or example, the apis remedy is taken from the venom of a bee. We can use apis to help treat any medical problem that involves redness and swelling similar to the redness and swelling caused from bee stings.

Minimal Dose: The remedy is taken in an extremely dilute form; normally one part of the remedy to around 1,000,000,000,000 parts of water. In this dilute form, it can remind the body how to fight against certain diseases or problems.

One Remedy Covers Many symptoms: No matter how many symptoms are experienced usually only a few remedies or just one remedy is taken, and the remedy choice will be aimed at all the symptoms a patient is experiencing.

Conventional allergy treatments and vaccines are based on these same principals. For example, vaccines are used to present to the immune system only a fraction of the bacteria or virus than is normally present during an actual infection. The desired results is that the body will gain immunity by reacting to a less virulent and less harmful version of the organism resulting in a significantly more mild form of the illness.

Homeopathy is used successfully to treat various acute and chronic conditions too numerous to list. Because homeopathy treats the person and not symptoms, it has the potential to help most conditions.

These remedies are non-toxic, will not interfere with other medications (conventional or non-conventional), have a gentle yet deep-acting and long-lasting effect, and are safe for all ages including infants. 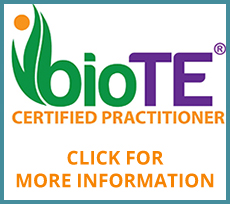 Take Control of your Health